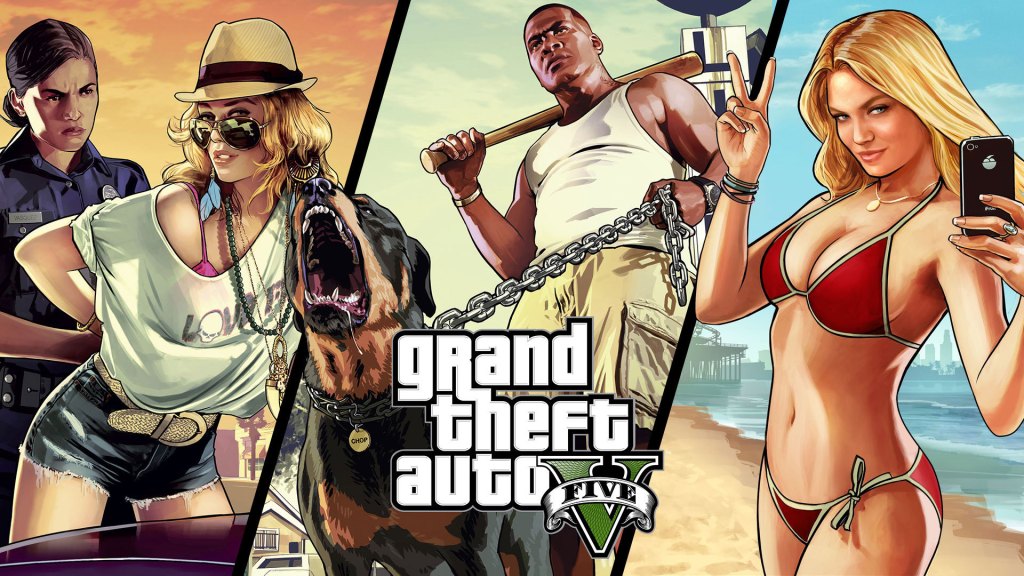 Grand Theft Auto 5 is the newest instalment in the Grand Theft Auto video games that take over the lives of all males aged “I’m old enough to kind of grasp a controller and therefore play” to “I’m so excited I get the seniors discount at the movies.” Yeah, big age category. Anyways, GTAV, as it is being referred to, came out last week and  as eye-witness accounts (every guy on my Facebook) told me, each type and class of male and even a few brave females were in line ready to get their own copy and explore Los Santos.

Let me explain why this is good for women and therefore society.

Matt is a third year university student. He enjoys beers, babes and bong tokes- especially when any of these are mixed in with a gaming session (Honestly, we know bongs and gamers go hand in hand so don’t try and play the allergy card, Matt). Anyways, like most of his peers,  Matt bought Grand Theft Auto 5 on September 17 and has not left the fucking house since.

In fact, Matt’s roommates Dave and John have also not left the house since the release and continue to roam around Los Santos with their neighbours Marco and Nick rotating in to play.  Together, the five of them play map after map and jump from pulling teeth to using the monkey wrench as their main torture technique. Then, someone tosses out the idea of pizza delivery and they could not be happier.

So why is this helpful?

It’s that while all the boys concerned with video games are locked up in their homes right now, glued to the television and quickly developing carpal tunnel, the men of the world are out in society. They are the ones the women (AKA me) have to interact with and if we’re being serious, everyone knows there’s a direct correlation between how annoying I find you and how many hours of video games you play. So now with the gamers and lazy boys locked up trying to beat level on top of level, society is seeming to function just a little bit better. Who fucking knew.

So women, thank Grand Theft Auto, Los Santos, and the teeth-pulling because these are the things keeping those who are amused by watching a make believe, animated, story unfold instead of interact with society away from us.

However, I think at this point I should admit, the monkey wrench is actually pretty cool and sometimes, I call up my buddies who are locked in their houses, elbow deep in Ring-a-Wing so I can play too. Whatever. Sometimes pulling animated teeth is exactly what you need.