Basic bitches take a lot of slack. First it was TNA pants and calf height Uggs, now if a girl likes quinoa- she basic. Likes pumpkin flavoured anything- basic. Does yoga- basic. Why?! Have you tasted pumpkin flavour? It’s amazing. Stop lying to yourself. Granted, I stick to my vanilla lattes all year round because Starbucks doesn’t carry Diet Coke, but I digress. Yoga is fantastic for you so yeah, all the privileged white girls from Oakville will be doing it. Can you blame them? No. They’re going to be so flexible and look mega hot at all their kids’ soccer games when they get older and I’m just going to be in the bleachers eating peach rings alone like Steven Glansberg- and probably sporting a waist band the width of the field.

But despite the great deal of evidence that the basic bitches are actually making the right decision- like wearing a circle scarf when it gets cold, imagine (?!?!?!??!)- they still get consistently teased and ridiculed by society. Well, that could be because all basics  wear the exact same scarf, with the same drink, and walk to the same yoga studio but once again, I’m jumping ahead of myself. 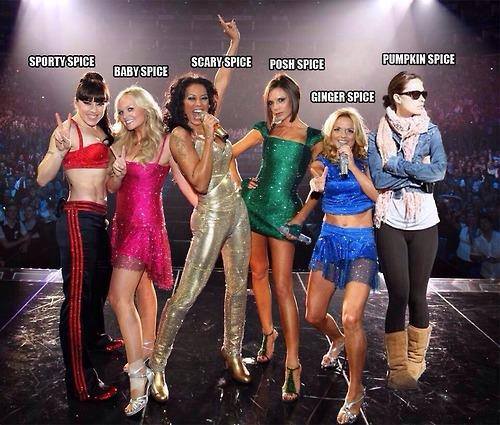 You see, it’s not just the bitches. Oh no. It’s the bros too. Maybe it’s our preoccupation observing the basic bitches in their natural environments like King West Bars, trendy Osssington restaurants and gallivanting through Kensington- (yes, the basics have invaded even your beloved vegan marketplace. By the way, is vegan basic yet?) that we totally overlooked a basic bro.

What’s a basic bro?… Oh come on. You have a picture of one in your head right now.

He wears Zanerobe… with a black or grey vneck. Naturally.

He loves Jennifer Lawrence and Emma Watson but would still do anything for Kate Upton.

His favourite accent colour is burgundy or beige.

He likes Kendrick but says hip hop hasn’t been the same since Big L died. Right. Did you read that on Complex today or…

He calls himself an athlete because he played sports in high school. Pal- you’re 28 now. Half-lete at best.

His favourite movies are Fight Club and Blow.

He takes selfies disguised as pictures with his mom or sister to show how caring he is. (Okay- this isn’t my first rodeo).

He loves any facial hair in general, even if he can’t grow anything. He respects the craft.

He had iced tips in middle school.

He can shot gun a beer faster than you and he will tell you this.

He secretly knows every word to every Drake album. Okay, maybe not so secretly.

He DJs or has a best friend that DJs. He probably has at least tried it or used the line to pick up his basic counterparts.

He has a subscription to the sports channels and watches all the games. All of the games. With the boys.

He wishes he was John Snow or whoever Khalessi is getting with that episode.

He loves ketchup & his mom.

These are just a few warning signs that I’ve noticed which lead to an increase probability of a bro being basic.

However, like the bitches, basic bros are harmless and are often found in packs. They are not dangerous but can be extremely boring and hard to talk to… proceed at your own risk.