Twenty-four hours ago I was not planning on attending the On the Run Tour- joint mega tour of power couple and industry moguls Beyoncé and Jay Z.

I had been receiving texts all week asking if I was attending. My friends know how unlikely I am to miss a hip hop concert. I can name Jay Z’s discography and perform the entire choreography to Baby Boy so to say I was expected at the show, is an understatement.

I was being stubborn. The battle to secure tickets when they were first released was a task in itself and after not getting pre-sale followed by seeing the prices of tickets I just couldn’t justify it. Well, I thought I couldn’t.

But who was I kidding? I was always going.

At 11:30am on Wednesday, July 9th Ticketmaster.ca opened up a block of tickets. I messaged my girlfriend- a fellow superfan of the Queen- and before lunch I had floor seats… for $170/each. Yes, please. 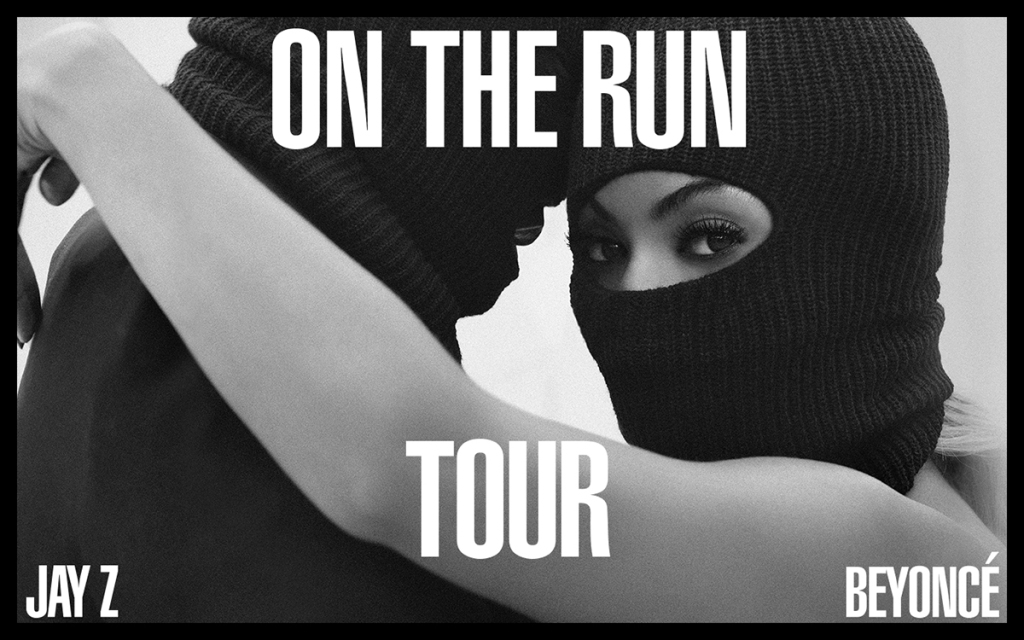 I walked into the Roger’s Centre.

The center screen read, “This is not real life.”

Fucking duh. I was convinced I was dreaming.

Finally, the lights lowered as Jay Z and Beyoncé emerged wearing the coolest clothes you will never have or even have the opportunity to purchase. I don’t know a lot of women that could rock a cut out leather and mesh black body suit and mask but Beyoncé being, well, Beyoncé made the look work… to say the least. Jay Z looked very Made in America with an American flag tee, chains, and his signature wafers.

Together with matching gold incrusted microphones they started the show.

Opening with my wedding song, ’03 Bonnie and Clyde, Beyoncé and Jay Z laid to rest any last hesitations I had about spending the money and attending the concert.

Two minutes in and I was in a state of euphoria. 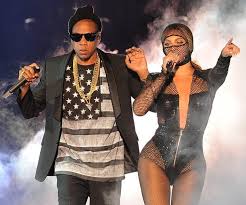 The performance had everything: a sexy, classy, beautiful Beyoncé in about a thousand different costumes (that Versace body suit!) strutting her seemingly flawless body across stage (cue HARD self loathing), a composed and cool Jay Z laughing about how we “sound so beautiful” while reminding us to put our diamonds up (Illuminati!!), great production, and  finally the hits that moulded a generation.

Classics like Crazy in Love, Big Pimpin’, 99 Problems, and Single Ladies were all performed with the high level of talent that we’re becoming to expect from both. While classics were very well received- everyone put their hands up and waved along to Hard Knock Life- newer records like Jay Z’s fuckwithmeyouknowigotit and hits off of Beyoncé’s sleeper album of 2013- BEYONCÉ were a treat to see in person.

The performances for Partition, Yoncé, and Drunk and Love were magnetic. You could not keep your eyes off her.

Or was that just me? 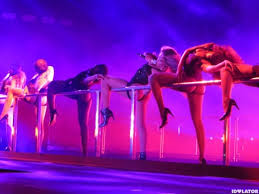 I loved how the mixed visuals, storyline, and production offered a very authentic artistic element to the experience- it was more than a show. Calling this a concert or a show is like calling Ryan Gosling good looking (he’s a 12/10 on a bad day). I loved the modern day Bonnie and Clyde story told through the visuals- mostly because it added time for Beyoncé to change into more cool clothes and for me to catch my breath from dancing.

Then there was the third star of the show- Beyoncé’s booty. I swear her badonk had it’s own designated camera and when it looks and moves like that- why not? I felt bad for the males in the audience and wondered if they had to do the tuck-into-belt move that I’ve heard (see: saw on Superbad) to hide their boners. I also felt bad for my booty because it will be getting kicked to be more like Beyonce’s. A girl can dream, right? One of the final songs was the beautiful Pretty hurts which speaks on the pressure to be beautiful.

This I commend, it’s important to see  yourself as beautiful and always be yourself.